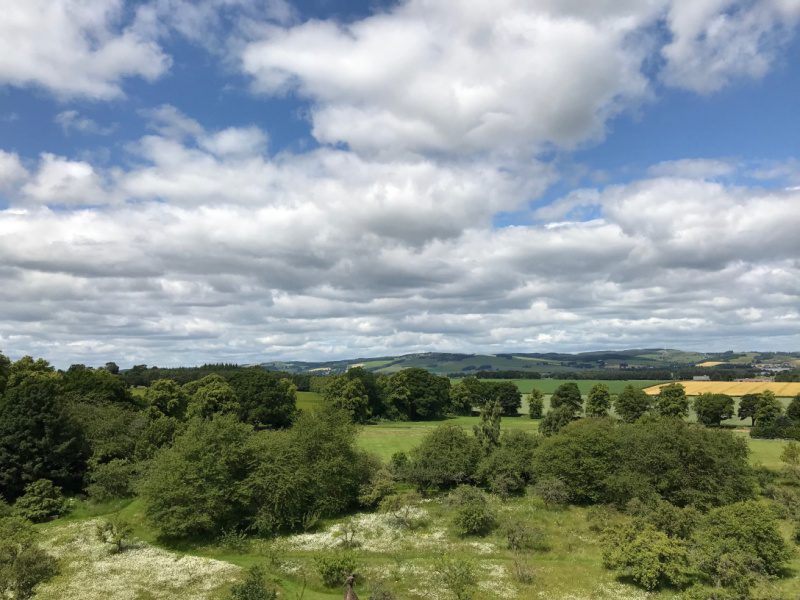 A report released today by the Scottish Land Commission shows that the Scottish rural land market is characterized by exceptionally high demand but still low supply, leading to rising values.

The Rural Land Market Outlook report found that non-farm investors are playing an increasing role across the land market and that there is increased demand for small farms as lifestyle and business operations. the share of companies and investors interested in plantable land and forest exploitations.

The report was compiled by Scotland’s Rural College (SRUC) in partnership with land agents Savills and Strutt & Parker, with support from the Royal Institution of Chartered Surveyors (RICS). It draws on published market information and interviews with industry experts, to provide a current picture of buyer and seller motivations, to better understand the land market and what drives it.

“This report shows what is happening in the rural land market and helps us understand why. The emerging value of carbon and natural capital is increasingly influential, but other factors, particularly high timber prices and forest values, remain important.

“He points out that while the amount of land coming on the market has remained largely the same over the past few years, the demand from different types of buyers has increased significantly, driving up prices.”

The report found that the growing role of non-farm investors has led to an increasing influence of land values ​​by the long-term investment potential and environmental, social and governance (ESG) considerations of companies. With farmland values ​​increasing by 31.2% in Scotland in 2021 compared to 6.2% in the UK.

There has also been a marked change in the types of buyers, with almost half of all estates bought in Scotland in 2021 sold to corporate bodies, investment funds or charitable trusts – driven by the potential for carbon offsetting and development of large-scale environmental improvements.

Off-market sales account for a growing share of land market activity, according to the report, with up to one-third of agricultural, forestry and plantable land off-market, reaching almost two-thirds of real estate sales.

The trend of off-market sales may exclude some buyers and limit access to land for individuals, communities and businesses, raising questions about land market transparency, which the report says could further strengthen the model of land ownership concentrated in Scotland.

The report acknowledges that there is an element of speculation in the land market as investors seek a safe haven in a turbulent global economy and bet on future increases in carbon values. Strong growth in land values ​​is expected to continue due to continued low supply and strong demand, high levels of private wealth and corporate interests seeking land, long-term politics term on climate change and growing pressure on global timber markets and food supply chains.

In the Scottish property market there has been an estimated 87 per cent increase in prices paid in 2020, and last year two properties sold for over £20million, while five sold between 10 and 20 million pounds sterling. Echoing the national trend, 64% of successful property sales were off-market, up from 33% in 2020, and around a third of buyers came from overseas.

“The functioning of the land market is important to Scotland’s ambitions such as net zero, nature restoration, repopulation and community empowerment. The ability to participate in the market determines not only who owns Scottish land, but who is able to make decisions and who benefits from the land and its economic, social and environmental value.

“The report highlights a complex set of influences at work in the land market with implications for the diversity and accountability of land ownership, community participation in the market, decision-making around land use, land and market transparency. There is no simple answer, shaping the market in the public interest will require a careful and concerted political approach as well as responsible practice on the ground.

“To inform our advice to the Scottish Government, we will be hosting a series of events and discussions with stakeholders to discuss the findings of this report and its implications for policy and practice.”

“This research marks an important first step in building a better understanding of the land market in Scotland. It is particularly useful for shedding light on the multiple factors currently driving demand.

“The natural environment will play a crucial role in enabling a just transition to net zero in Scotland, from the efficient use of land in creating a sustainable built environment, to guiding public and private investment in capital nature and carbon sequestration. But it is paramount that such activity works for the benefit of, and following engagement with, local communities, and in the public interest.

The second phase of the Rural Land Market Outlook report will provide baseline data and a proposed approach to improve future market reports.

Read a summary of the report here.

Banco Comercial Portugus SA: Portugus, SA, informs about the proposal under item 7 of the agenda of the Annual General Meeting