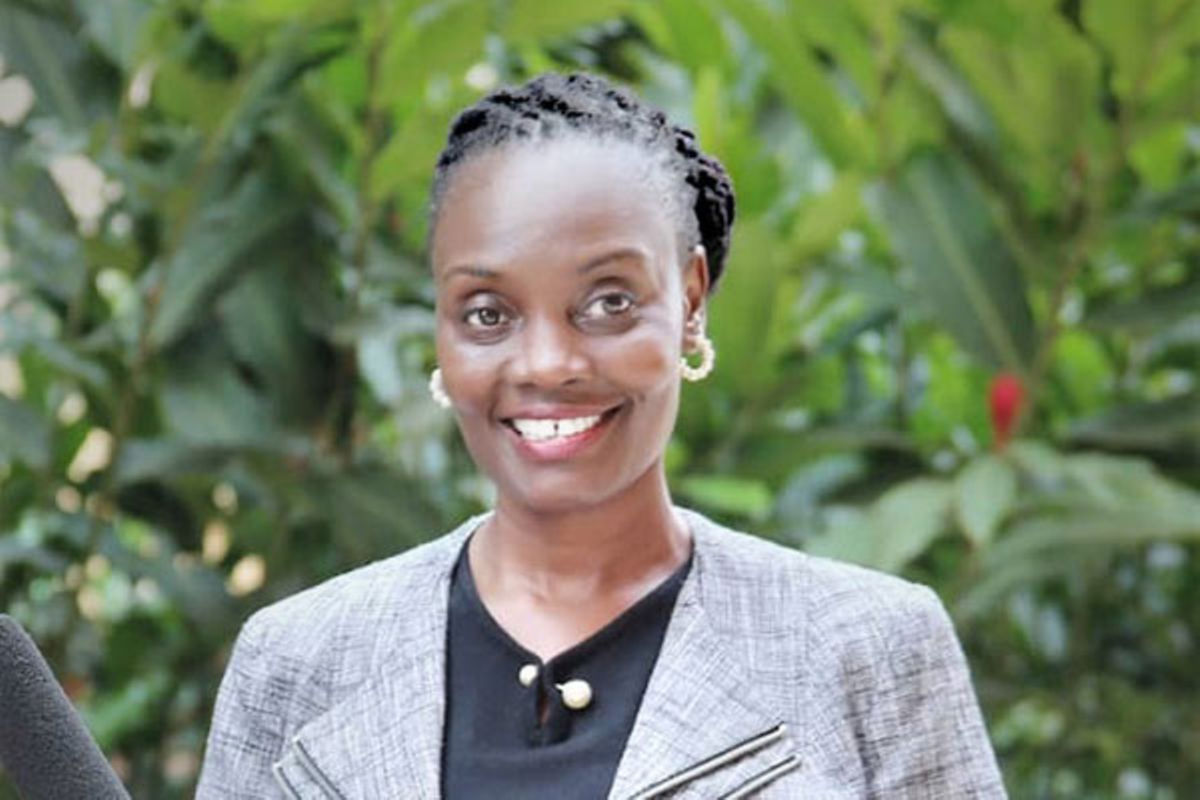 Jenifer Bamuturaki is the new chief executive of Uganda Airlines, having been appointed on July 5. Prior to her appointment, she served as temporary CEO for more than a year following the airline’s suspension and subsequent dismissal of former CEO Cornwell Muleya over allegations of corruption and mismanagement. Bamutuaki’s appointment was cleared by President Museveni on the grounds that she was the best candidate to run the airline. She has her work cut out for her in making Uganda Airlines the best and most reliable national carrier in the region, years after her reinstatement. His experience which spans 30 years is something to rely on. She has seen and done it all in the airline, hospitality and travel industries, including a seven-year stint with Air Uganda in addition to working as Country Manager for East Africa Airlines. It is also an opportunity for her to bounce back from being kicked out of the airline in October 2019 before being named interim CEO in April 2021. Bamuturaki was also applauded for being behind the inclusion of new routes such as Guangzhou, Dubai and London, among others that the national carrier will take.

Irene Kaggwa has extensive experience in the ICT sector through policy development, research, regulation and implementation in various aspects including internet development, licensing, universal access, quality of service, the management of numbering resources and the promotion of research and innovation. An engineer by profession, Sewankambo was Director of Engineering and Communications Infrastructure at the Uganda Communications Commission, before becoming CEO. She holds an MSc in Communication Systems and Signal Processing from the University of Bristol in the UK and an MSc in Economic Management and Policy from the University of Strathclyde in the UK. His bachelor’s degree is in Electrical Engineering from Makerere University. Prior to this appointment, she was also responsible for the research and development unit.

Kainobwisho is a lawyer, business administrator and business executive, who has served as Registrar General and Executive Director of Uganda Registrar Services Bureau (Ursb) since her appointment in December 2020. Prior to taking on this role, she held the post of director. of intellectual property at the Ursb. She is very learned; with a Bachelor of Laws from Makerere University, a Diploma in Legal Practice from the Law Development Center and obtained a Master of Laws degree from the University of Turin, Italy. She also holds a Masters in Business Administration from Makerere University Business School. With Kainobwisho at the head of the Ursb, many innovations have emerged. The Intellectual Property (IP) and online filing system has been set up to enable public record of remote IP protection on the Internet. The tool is used to receive intellectual property requests for trademarks. The system allows intellectual property rights holders to access the Internet and file applications from anywhere. Her journey to the top saw her as a legal assistant at Shonubi Musoke & Company Advocates, state attorney at the Ministry of Justice and Constitutional Affairs, intellectual property officer at the Ursb, director, registration of enterprises and director of intellectual property at the Ursb.

Rugasira is a businesswoman, entrepreneur and real estate expert. She is the Managing Director of Knight Frank Uganda Limited. Knight Frank is a real estate agency and consulting firm. Rugasira is one of those rare women who over the years have managed to shape the real estate industry. She saw herself as a physiotherapist or a lawyer, but her father guided her into land management as an expert in appraisal. After being introduced to one of her father’s friends, Steven Bamwanga, who at the time was a parliamentarian, land assessor and surveyor, Rugasira was inspired and pursued a career, but first applied for the University of Reading, UK, which was and still is the most respectable university for land management globally. She graduated with honors in land management. She then joined Mason, Owen and partners, a firm of Chartered Surveyors in Mayfair London. She returned to Uganda and worked with Bamwanga and then returned to continue her masters studies. After four years of working in Uganda, she was recruited by Knight Frank to be their Managing Director in Uganda and what she has been ever since. She was the Vice President of the Association of Real Estates Agents (Area) Uganda, between 2012 and 2014. She was also a Director of the Africa Real Estates Society (AFRES) and a member of Enterprise Group Uganda. In 2017, she was appointed president of the College of Surveyors.

MTN Uganda has announced that Sylvia Mulinge will be its final chief executive, replacing Wim Vanhelleputte who had been in charge since July 2016. Mulinge was previously director of consumer affairs at Safaricom, an organization she joined in 2006. She assumed various roles such as General Manager of Corporate Business Unit, Manager of Consumer Business Unit, Head of Retail and Head of Sales. In 2018, Mulinge was appointed head of Vodacom Tanzania, but did not accept the post after the Tanzanian government refused to issue her the work permit. Mulinge is credited for Safaricom’s hard work towards achieving the mission of transforming customers’ lives using technology as a catalyst for positive change. She is also known for contributing to Safaricom’s strong market position based on sales, earnings and market value. She was also instrumental in establishing the enterprise and fixed corporate data silos. She has been described as an impact-driven business leader with an impeccable record whose experience will benefit MTN as the telecom company continues to seek a unique position in digital solutions for the continent. Charles Mbire, chairman of the board of MTN, is convinced that the addition of Mulinge is a major boost.

On March 1, 2020, Anne Juuko became the first woman to lead Uganda’s largest bank. Since then, she has won various accolades, including the Ugandan banking sector’s “Best Female CEO” award for the year 2021, nominated by London-based Global Brands magazine. It has also won Senior Dealer of the Year for six consecutive years. Juuko has extensive experience in the financial industry with regional and global expertise in banking for 22 years and was part of Standard Bank Group for nine years before landing the CEO role. She joined Stanbic Bank Uganda as Head of Global Markets and was later appointed Head of Corporate and Investment Banking at Standard Bank, Namibia. She started her career in banking in 2001 and held various positions before being appointed Vice President, Head of Fixed Income, Currencies and Commodities at Citibank Uganda Limited. She was then seconded to Citibank Kenya as Vice President, Client Sales and Derivatives Marketing. She then joined Stanbic Bank in 2012. She also holds a Bachelor of Commerce from Makerere University and a Masters in Strategic Planning from Herriot Watt Business School in Edinburgh, Scotland. Her career is admirable in which she fulfilled all the roles assigned to her while exhibiting exemplary performance and exceptional leadership.

Changing workplace culture sends Amazon Nashville back to the drawing board