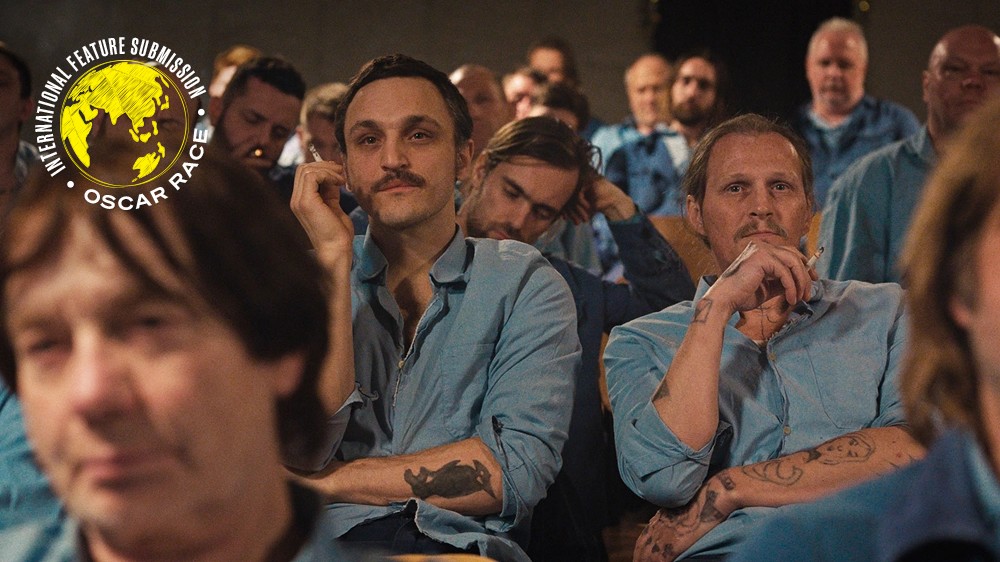 Years ago, you wouldn’t have watched the international feature category – or foreign language films, as it was more insularly called at the time – to properly reflect the modern world. World War II history and child-eyed comforting family portraits have long been the staple diet of an award that deviated from more nervous subjects. This year’s shortlist, however, sees a number of global filmmakers take on more resonant contemporary subjects – with issues of gender and sexuality woven through a number of them.

Germany’s entry, “I’m Your Man,” even strays into science fiction, a genre rarely given much attention in this category. Maria Schrader’s witty and philosophical romantic comedy begins as a battle of wills between Alma (Maren Eggert), a career-focused freelance academic, and Tom (Dan Stevens), the android boyfriend tailored directly to her needs in a laboratory – although it seems it has a mind of its own.

“In our romantic comedy, the obscure object of desire is not a woman but a man, which of course has to do with the fact that he is in fact an object in the truest sense of the word – a robot”, Schrader said. “Every good comedy eludes audience expectations, and since gender politics is such a tricky and controversial area of ​​expectation, it’s an extremely joyous playground for laughs.”

Schrader is one of four female filmmakers on the shortlist, all of whose films take on the perspective of a female character in a world that pits them against each other. Sundance-acclaimed Blerta Basholli’s ‘Hive’ is a stirring statement against patriarchal society, following an independent woman, whose husband disappeared during the Kosovo war, as she challenges systemic misogyny to forge his own food business. Basholli based her film on the true story of ever-successful businesswoman Fahrjie Hoti, and it’s a solid tribute to female entrepreneurship.

It paints a more hopeful picture for marginalized women, perhaps, than Mexican documentarian Tatiana Huezo’s hugely powerful fictional debut, “Prayers for the Stolen,” in which a group of girls from a rural village in Guerrero grows up under the constant threat of cartel kidnappings and human trafficking.

A different kind of childhood terror is explored in freshman director Laura Wandel’s Belgian entry “Playground,” among the most candid and vivid films to ever address the culture of bullying in schoolyards. school – seen through the eyes of a 7-year-old girl (the remarkable Maya Vanderbeque). It’s another film to subtly explore and expand preconceived gender roles in contemporary society, as bullying produces toxic male pride in victims, while even our heroine begins to question her father’s authority. home.

The gender war in the workplace, meanwhile, is at the heart of raucous Spanish farce ‘The Good Boss’, in which Javier Bardem’s sexist CEO Blanco is increasingly bewildered by a culture of changing business – while his sexual exploitation of Liliana, a young intern, firecrackers.

“The film explores the power dynamics within the workplace, how they interact and affect the personal lives of employees,” says director Fernando León de Aranoa. “It talks about the abuse of power, exercised in different forms: paternalism, depersonalization and the deterioration of working relationships.”

Finally, two pre-selected films address the struggles of homosexuals to find refuge in a world that is hostile to them. Jonas Poher Rasmussen’s ‘Flee’, the only documentary in the running, centers on Amin Nawabi, an Afghan refugee about to marry his partner in Denmark, as he recounts his arduous journey from war-torn Kabul to the Oppressive Russia to finally live and proud in Copenhagen.

For Hans, the gay protagonist of the Austrian entry “Great Freedom”, his life in post-war Germany is just a succession of stints in the same prison, as he was sentenced several times under Section 175, the now defunct law criminalizing homosexual activity.

Although the film is a period piece, its story remains chillingly relevant as an examination of human rights that are still denied in many countries – and cannot be taken for granted even where they are. are allowed. “Conservative forces are growing stronger again in democratic societies around the world: you see it in Hungary and Poland, but even in Germany and the United States. Our democratic rights are always in danger, and this film reminds us of that.

In “Great Freedom,” as in many films on the shortlist, the cinema holds up a mirror to the world as it is and as it could be.