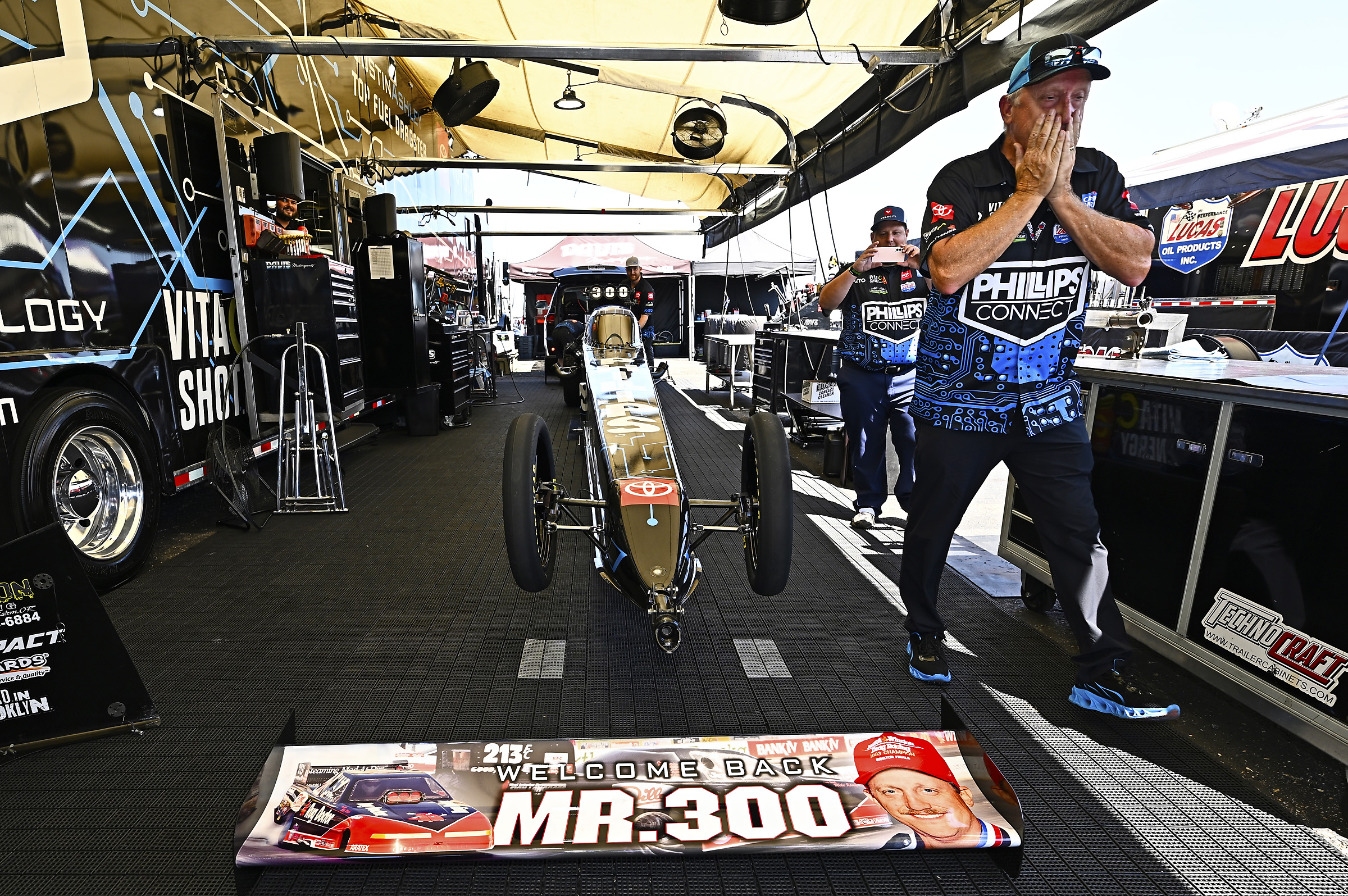 As the Top Fuel dragster driven by Justin Ashley exited the Phillips Connect transporter, the former Funny Car star could only put his hands to his face in both shock and emotion. Splattered on the front fender of the dragster was a mural commemorating Epler’s great achievement in drag racing – the first 300-mile-per-hour Funny Car driver, recorded on October 3, 1993 in Topeka, Kan.

Long before Epler, one of the executives at Phillips Connect, knew who Ashley was, the kid from Long Island in New York knew he was Mr. 300.

“Time flies so fast when you get older, and I was still driving the cars back then,” Epler said. “Then to retire in 2001, I thought I’d come back and fly. And barely 20 years passed, and I really got into the business world, and I love marketing, and I love drag racing.

The memories of the day are among his fondest memories.

“In qualifying we did 299.90, and he ran all eight to the finish line, so I could feel it was good,” Epler recalled. “You can’t tell. I can tell the difference between 290 and 299 or 300. But then, in the first round of eliminations, against Gordon Mineo, he made the same move and ran cleanly on eight cylinders.

“I thought he could do 300, but I was surprised – everyone was jumping up and down at the end, holding up three fingers. It was exciting. The first thing I thought of was: ‘ Man, all the errands so my wife and kids weren’t here. That was the one; they weren’t here for that.

Epler also loves knowing that there are people like second-generation drag racer Ashley who recognize the accomplishments of those who paved the way for her generation.

“I’ve had an appreciation in history for drivers who have done it in the past and helped bring the sport to where it is today,” Ashley said. “I knew Jim from his 300 mph race, and I also knew him from the business side and the innovative side he took when he came to NHRA as a business owner.” 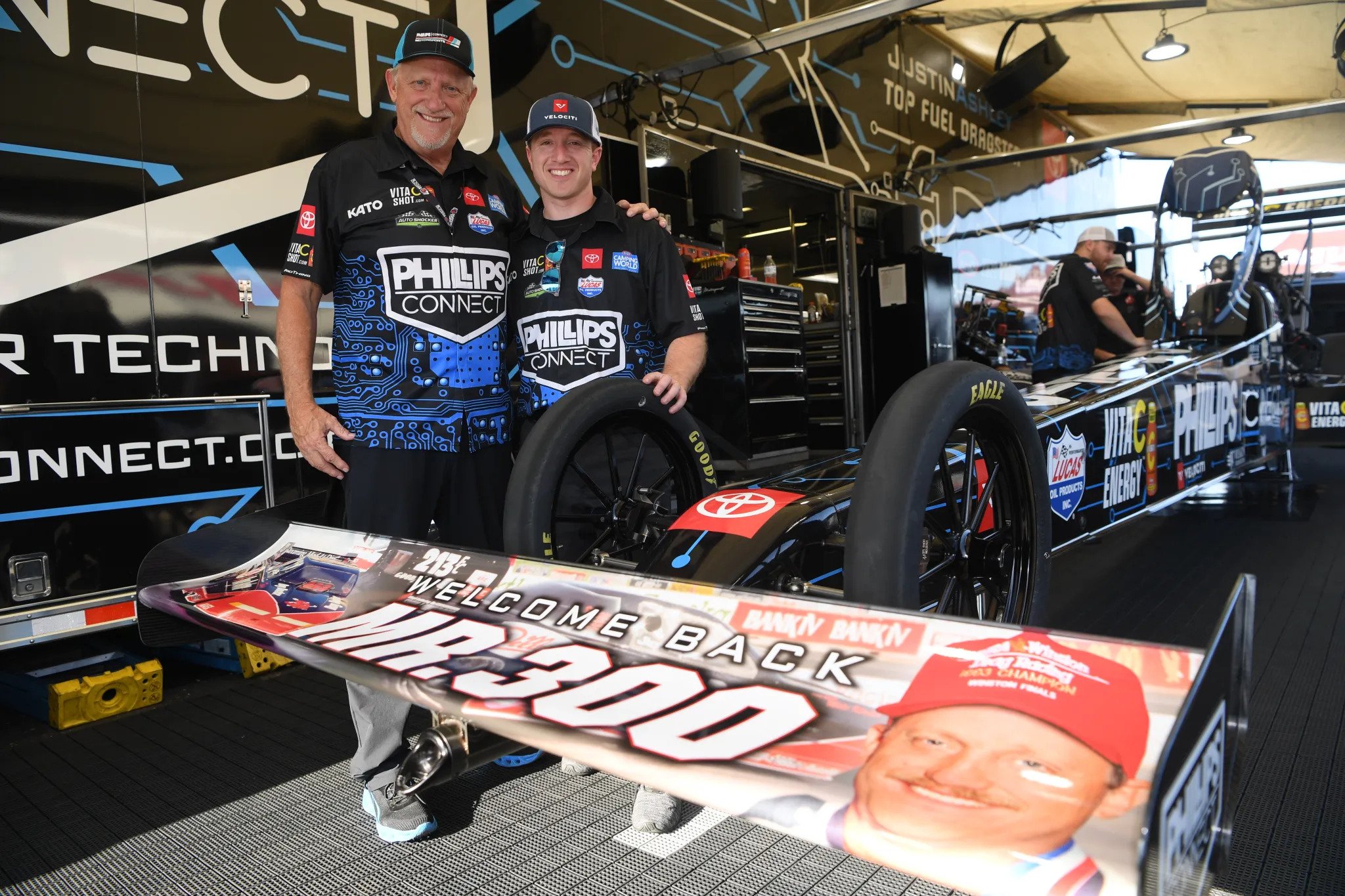 Epler is impressed that the kid remembered his place in drag racing history, given what he considered to be one of his biggest shortcomings.

“One of the things I was really not good at was self-promotion,” Epler said. “Kenny Bernstein was so much better at promoting himself, speed king and all that. I was never good at promoting myself. And it was like Dave McClelland had found this Mr. 300, and it stuck. I use it in business; I just haven’t promoted it as much as I should have.

Right now there is another 300 mph milestone about to be conquered. No nitro rider has run more than 300 in the eighth mile in NHRA nitro races.

Epler confirmed an ongoing plan to create a club much like the Slick 50 300 MPH club he joined in 1993 as the ninth member. Interestingly enough, only Epler and Hoffman earned a spot in the 16-car
club.

And Friday in Topeka, Ashley showed Epler that this was not a forgotten stage.

Is your property worth more than your business? – Pasadena Star News

Meaningful diversity requires meaningful action by companies and their leaders

Innovation is an attitude – Iberian Lawyer

GISI and Hill International announce improvements to their