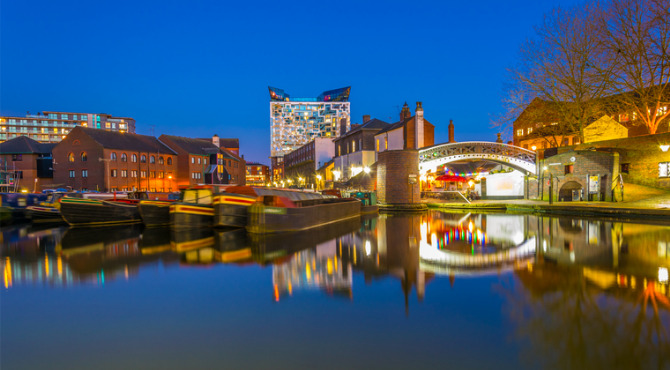 The UK government is to move hundreds more civil service jobs from London after choosing Birmingham as the seat of the country’s new audit regulator, according to a Financial Times report.

As part of an ongoing campaign to relocate civil servants from London to the regions, an initial tranche of 200 staff will move to Birmingham when the new Auditing, Reporting and Governance Authority (Arga) takes effect in 2024.

Arga will be the successor organization to the Financial Reporting Council (FRC), which currently has around 400 staff at its London headquarters, all or most of whom are expected to move to Birmingham eventually.The relocations are part of the government’s ‘leveling up’ scheme, which aims to move 22,000 civil service jobs from London to the regions by 2030. So far, just under a third of moves have been made.Lord Martin Callanan, Under-Secretary of State in the Department for Business, Energy and Industrial Strategy, oversees the Arga project, which is seen as the centerpiece of wider reforms to the way the accountancy profession and the British corporate governance are overseen, says the Financial Times.

Search for Birmingham HQ in progress

Baron Callanan has ordered the FRC to immediately begin finding new headquarters for Arga in Birmingham, where he would like as many staff as possible – including the entire management team – to be based.He also wants as many future recruitments as possible to come from the West Midlands, leaving only a minimal Arga presence in London. One official described the move as a “brilliant opportunity” to boost economic growth beyond the “London bubble”.The official added: “The Minister’s decision gives the FRC clarity. It must act quickly, secure suitable premises and start recruiting and preparing personnel for the Arga base in Birmingham as soon as possible.”

Wider shift of the civil service to the regions

However, the Financial Times has warned that although ministers have approved the planned move, it could still be scuppered by resistance within the FRC.“Another person familiar with Birmingham having been named as the location of the accounting regulator said ‘no plans have been finalised’ and further approvals were required before a move could be approved,” the report reported. FT.“Any decision is likely to be conditional on the passage of legislation to create Arga, which in turn may depend on the appetite of the new Prime Minister to devote parliamentary time to implementing reforms deemed ‘boring’ “by Boris Johnson’s advisers, particularly in the run-up to an election.”The newspaper added that the relocations represented an attempt to reverse a decade of centralization under previous Conservative administrations, which saw 58,000 regional civil service jobs cut and 15,000 jobs created in London between 2010 and 2021.The Department for Business, Energy and Industrial Strategy now has plans for a wider move to the regions with 1,350 civil servants expected to leave London by 2025.

©2022 Re:locate Magazine, published by Profile Locations, Spray Hill, Hastings Road, Lamberhurst, Kent TN3 8JB. All rights reserved. This publication (or any part of it) may not be reproduced in any form without the prior written permission of Profile Locations. Profile Locations accepts no responsibility for the accuracy of the content or opinions expressed herein.

The 6 advantages and disadvantages of debt consolidation

Yemi-Esan wants the IoD charter to be revised

In the wake of LaFlamme’s exit, how effective are independent workplace…